Jollibee aims for 150 U.S. stores in the next five years 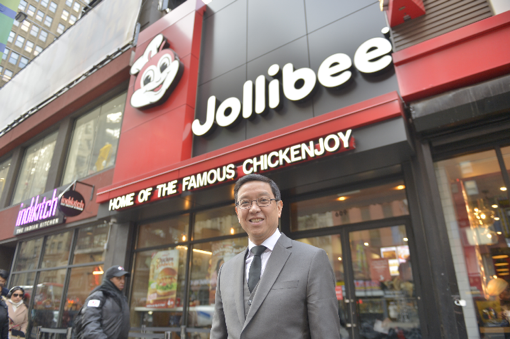 Jollibee Foods Corporation Chief Executive Officer Ernesto Tanmantiong announced this week the company’s ambitions to grow to 150 stores in the U.S. in the next five years

NEW YORK, NY, November 16, 2018–Jollibee Foods Corporation (JFC), the largest and fastest growing Asian restaurant company in the world, has announced its plans to grow its biggest brand Jollibee from 37 to 150 U.S. stores in the next five years. In June, the company announced its plans to open 100 stores in Canada within the same time frame. The company’s aggressive growth across North America speaks of a larger vision to become one of the top 5 global restaurant companies.

Most recently, Jollibee opened its Manhattan location in October which saw long lines with people willingly waiting up to 20 hours in the rain to finally get their hands on the brand’s world-famous Chickenjoy. The store also saw a significant number of customers that are mainstream Americans aside from its Filipino patrons. The appeal to the mainstream local market is also seen in numerous branches in different states across the U.S., which contributed to Jollibee’s strong growth rate in 2017 that outpaced that of the U.S. restaurant industry.

The company, which started with two ice cream parlors, now has 14 brands with over 4,300 stores spread across 20 countries. In the U.S., it has an 85% stake in Smashburger and signed an agreement with 7-time James Beard awardee and Michelin starred chef Rick Bayless to create a Mexican food concept.

Jollibee has been successful in its Philippine market, where it is bigger than its two closest competitors combined. It has successfully crossed over to other countries outside its home base, proving its appeal to a wider audience. In Vietnam, it has over 100 stores and is the fastest growing restaurant brand in the country, with a majority of its customers being local Vietnamese. The same trend is also being seen in Hong Kong, Singapore, and Brunei.

The worldwide appeal is due to its flagship product Chickenjoy, which is touted to be crispylicious on the outside, and juicylicious on the inside. Other Jollibee favorites include a unique sweet-style Jolly Spaghetti, popular amongst kids and adults; and Peach Mango Pie, which combines peaches with real Philippine mangos enveloped in a flaky and savory crust.

Jollibee was also put on the radar in America through fans like the late Anthony Bourdain. Bourdain was spotted multiple times eating at Jollibee branches and has featured the fast food chain a couple of times on his show.

“North America is a key growth market for us at Jollibee to achieve our goal of becoming one of the top 5 restaurant companies in the world,” said Ernesto Tanmantiong, Jollibee Foods Corporation’s (JFC) Chief Executive Officer. “With the recent opening of our first branch in Manhattan, which is known for its diverse population, we are happy to reach more and more people with our delicious food and warm service.”

“The vibrancy of Manhattan’s food culture and the fact that it receives millions of visitors from around the world each year make it a perfect location for our latest store as it gives us the opportunity for a greater number of people to try our brand,” added Jose Miñana, JFC Group President for North America.

As Jollibee continues to expand across North America, the company is also strengthening its ties in the local communities surrounding its stores. Most notably, Jollibee has partnered with the Madison Square Boys & Girls Club in New York City, which aims to enhance the lives of children who are disadvantaged by social and economic factors. 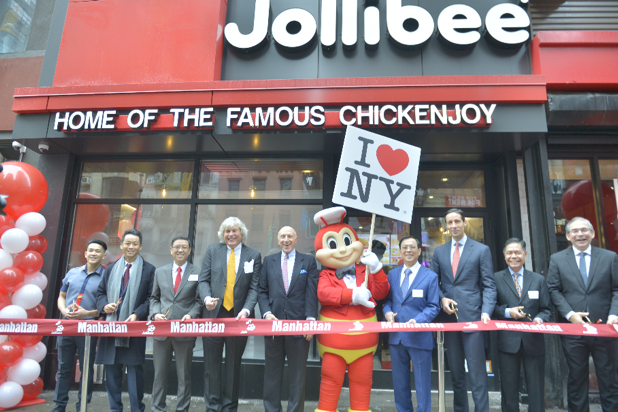 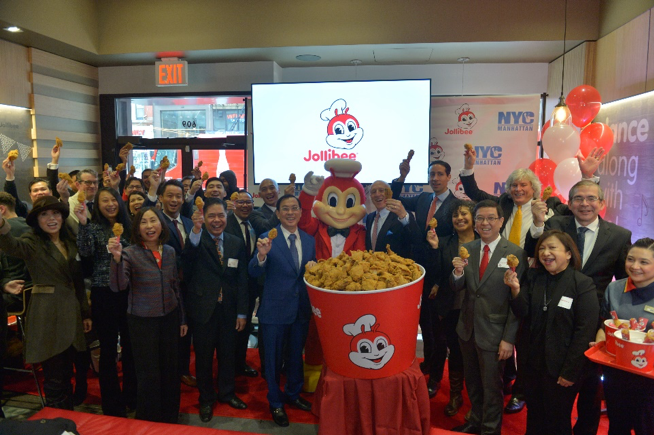 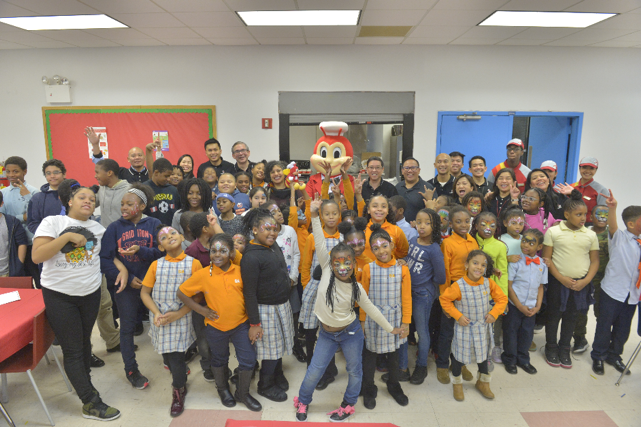 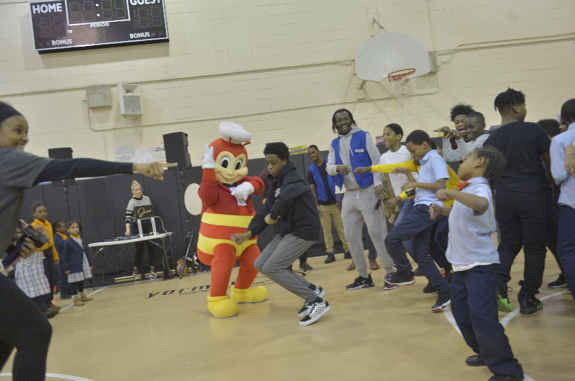 Photo 4: The Jollibee mascot initiates a dance-off at the Madison Square Boys and Girls Club during the Nov. 14 “Jollibee Day,” the first in a series of fun-filled afternoons hosted by Jollibee (Photo credit: Jollibee) 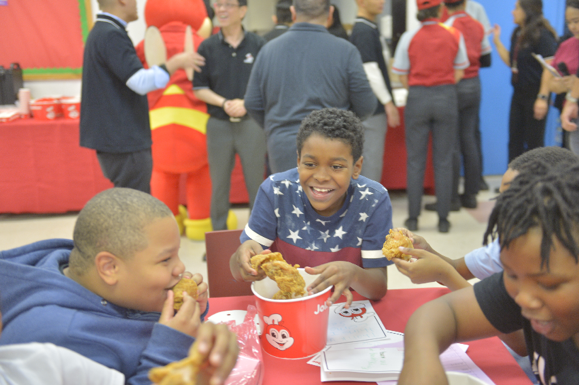